7 reasons why renewables are unstoppable

The boom in renewables is currently breaking records. During 2017, more than 160 GW were installed worldwide, an 8.3% increase compared to the previous year. Among renewable technology, solar is the one that grows the most and is expected to continue doing so in the coming years (up to 438 GW in 2022, according to the IEA)

This growth in renewable energy is due to several reasons: 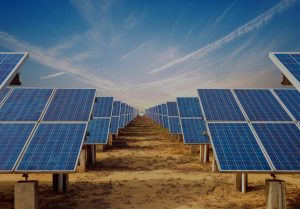 Cheaper, cleaner, more reliable, renewable energies are the present and the future and are beating traditional sources in the energy battle.

If you need to monitor your renewable plants and have everything under control, trust in projectingPLUS, the platform for the management of renewable assets.

By proyecta
We use our own and third-party cookies to improve the user's experience through browsing, more infoAccept